Avalon Young made it to the top ten on American Idol, season 15. Her album, Shift, was released in August of this year. On Friday, September 30, 2016, her tour took her to Dance Spa for a small concert/meet and greet.

She and her manager arrived at the studio about an hour before the event to setup. The first thing I realized was how normal and relatable she is. She personally came to the door and introduced herself to me upon arrival; she came alone, not with a body guard or her manager by her side. She was wearing ripped jeans, an oversized sweater, Chucks and had her hair in a messy, quick bun (which I watched her tie up casually and without a mirror). She carried in all her equipment and helped to set up the chairs and tables for the event. While setting up and getting ready, she turned on a playlist of current top 40 songs and sang and danced around to get pumped for the concert. At 7pm, Avalon opened the door to the line of fans outside and held it for them as they hurried inside.

The event was a small, very intimate gathering. Fiftyish fans sat around the studio in a friendly hang out with Avalon. While many were from the Chicago area, some had flown in from as far as Portland, OR, to attend the event. She sang some of her songs and chatted with the attendees.  She encouraged them to ask her personal questions and gave them the opportunity to take photos with her. Special guest, Xavier Omär, joined Avalon to sing their duet, “Dealin'”, from her new album.

Here are a some of my favorite questions she was asked:

Q. What came first, the voice or the guitar?

A. Avalon said that the voice came first. It was something she always had, not something she had to learn. She recalled that when she was five or six, she would stand at the top of the staircase in her house and sing out as if she were an opera performer. She received a lot of positive feedback (in the form of laughter from her family); it was the first time she realized singing was a way to entertain.

Q. What was your most embarrassing, on camera moment, on American Idol?

A. Avalon explained that there was not a specific person that she was supposed to hand her microphone to after performing. Typically she would get off the stage and someone would just reach out for it. One night, Ryan Seacrest pulled her over for a post performance interview and she accidentally handed her microphone to him. While not too embarrassing, she said she always feels very awkward when thinking about that moment.

Q. Who was your favorite past contestant to meet on American Idol?

A. She had a great time hanging out with Jordan Sparks.

Q. Do you have any regrets about being on American Idol?

A. Avalon said she has no regrets. She believes in the idea that everything happens for a reason. She mentioned that she first tried out for the television program, The Voice, but was not selected as a contestant. If she had been, she would not have been on American Idol, and possibly not be as successful as she currently is.

A. Avalon said she worked really hard in high school. She had this vision that is was very important to go to college and so busted her butt to get good grades, but when she got to college realized it wasn’t the right path for her. She did enjoy being on the Lacrosse and Field Hockey teams at her high school. 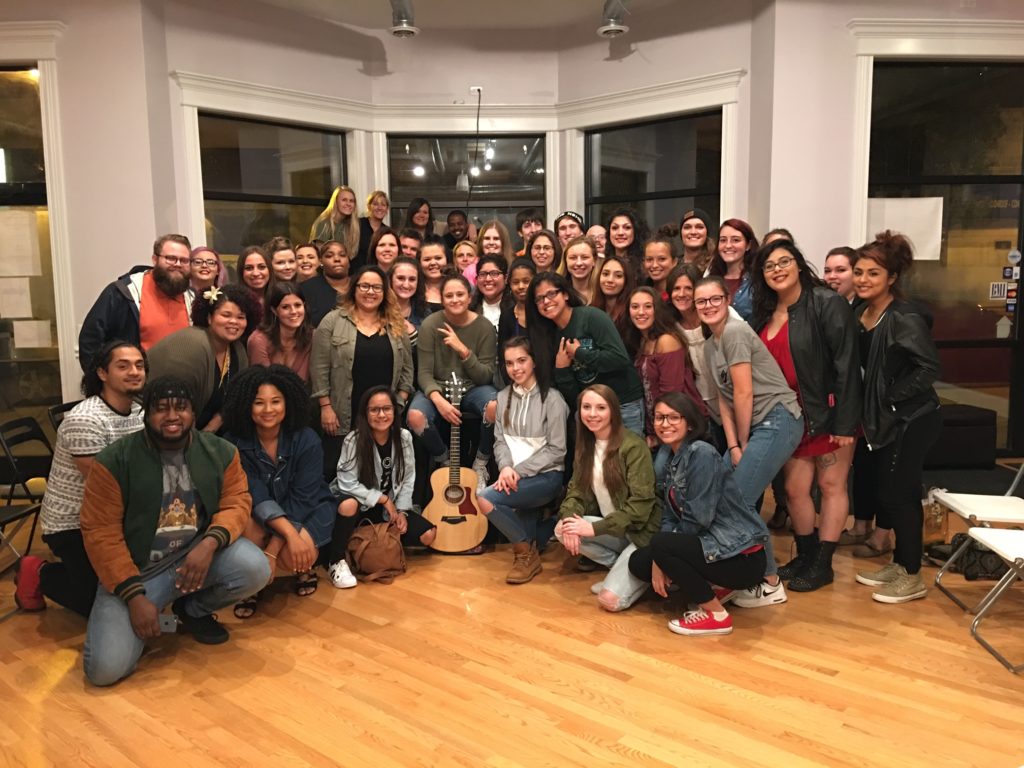 See our Reviews on Yelp

Scroll back to top